Prosthetic limb technology has advanced manifold, giving amputees a range of bionic options, including artificial knees controlled by microchips, sensor-laden feet driven by artificial intelligence, and robotic hands that a user can manipulate with her mind. However, at times, it becomes impossible to afford such high-tech options for many amputees and others without limbs.

Of late, MIT engineers have developed a simple, low-cost, passive prosthetic foot that they can tailor to an individual. Given a user’s body weight and size, the researchers can tune the shape and stiffness of the prosthetic foot, such that the user’s walk is similar to an able-bodied gait. The developers estimate that the foot, if manufactured on a wide scale, could cost an order of magnitude less than existing products.

“(Walking) is something so core to us as humans, and for this segment of the population who have a lower-limb amputation, there’s just no theory for us to say, ‘here’s exactly how we should design the stiffness and geometry of a foot for you, in order for you to walk as you desire,’” says Amos Winter, associate professor of mechanical engineering at MIT. “Now we can do that. And that’s super powerful.”

The custom-designed prostheses are based on a design framework developed by the researchers, which provides a quantitative way to predict a user’s biomechanical performance, or walking behavior, based on the mechanical design of the prosthetic foot. The research funded, in part, by the MIT Tata Center for Technology and Design, has been published in the ASME Journal of Mechanical Design.

In 2012, Winter was approached by Jaipur Foot, a manufacturer of artificial limbs based in Jaipur. The organisation manufactures a passive prosthetic foot, geared toward amputees in developing countries, and donates more than 28,000 models each year to users in India and elsewhere.

“They’ve been making this foot for over 40 years, and it’s rugged, so farmers can use it barefoot outdoors, and its relatively life-like, so if people go in a mosque and want to pray barefoot, they’re likely to not be stigmatised,” Winter says. “But it’s quite heavy, and the internal structure is made all by hand, which creates a big variation in product quality.”

Because of this, Jaipur Foot asked Winter whether he could design a better, lighter foot that could be mass-produced at low cost.

“At that point, we started asking ourselves: how should we design this foot as engineers? How should we predict the performance, given the foot’s stiffness and mechanical design and geometry? How should we tune all that to get a person to walk the way we want them to walk?” Winter recalls.

The team, led by Olesnavage, first looked for a way to quantitatively relate a prosthesis’ mechanical characteristics to a user’s walking performance — a fundamental relationship that had never before been fully codified.

While many developers of prosthetic feet have focused on replicating the movements of able-bodied feet and ankles, Winter’s team took a different approach, based on their realisation that amputees who have lost a limb below the knee can’t feel what a prosthetic foot does.

“One of the critical insights we had was that, to a user, the foot is just kind of like a black box — it’s not connected to their nervous system, and they’re not interacting with the foot intimately,” Winter says.

“This really opened up the design space for us,” Winter says. “We can potentially drastically change the foot, so long as we make the lower leg do what we want it to do, in terms of kinematics and loading, because that’s what a user perceives.”

With the lower leg in mind, the team looked for ways to relate how the mechanics of the foot relate to how the lower leg moves while the foot is in contact with the ground. To do this, the researchers consulted an existing dataset comprising measurements of steps taken by an able-bodied walker with a given body size and weight. With each step, previous researchers had recorded the ground reaction forces and the changing center of pressure experienced by a walker’s foot as it rocked from heel to toe, along with the position and trajectory of the lower leg.

Winter and his colleagues developed a mathematical model of a simple, passive prosthetic foot, which describes the stiffness, possible motion, and shape of the foot. They plugged into the model the ground reaction forces from the dataset, which they could sum up to predict how a user’s lower leg would translate through a single step.

With their model, they then tuned the stiffness and geometry of the simulated prosthetic foot to produce a lower-leg trajectory that was close to the able-bodied swing — a measure they consider to be a minimal “lower leg trajectory error.”

Evolving on a curve

The team then sought to identify an ideal shape for a singlepart prosthetic foot that would be simple and affordable to manufacture, while still producing a leg trajectory very similar to that of able-bodied walkers.

To pinpoint an ideal foot shape, the group ran a genetic algorithm — a common technique used to weed out unfavorable options, in search of the most optimal designs.

They created a ‘population” of feet, with different variables to make different curve shapes. Then they calculated their lower leg trajectory error, got rid of the ones that had a higher error, and mixed and matched the ones with a lower error to evolve toward an ideal shape.

The team used a wide Bezier curve to describe the shape of the foot using only a few select variables, which were easy to vary in the genetic algorithm. The resulting foot shape looked similar to the side-view of a toboggan.

The researchers figured that, by tuning the stiffness and shape of this Bezier curve to a person’s body weight and size, the team should be able to produce a prosthetic foot that generates leg motions similar to able-bodied walking.

Finally, they tested the design by producing several nylon feet for volunteers in India.

Going forward, the team has partnered with Vibram, an Italian company that manufactures rubber outsoles — flexible hiking boots and running shoes that look like feet. The company is designing a life-like covering for the team’s prosthesis, that will also give the foot some traction over muddy or slippery surfaces. The researchers plan to test the prosthetics and coverings on volunteers in India soon.

Winter says the simple prosthetic foot design can also be a much more affordable and durable option for populations such as soldiers who want to return to active duty or veterans who want to live an active lifestyle.

“A common passive foot in the U.S. market will cost $1,000 to $10,000, made out of carbon fiber. Imagine you go to your prosthetist, they take a few measurements, they send them back to us, and we send back to you a custom-designed nylon foot for a few hundred bucks. This model is potentially gamechanging for the industry, because we can fully quantify the foot and tune it for individuals and use cheaper materials.” 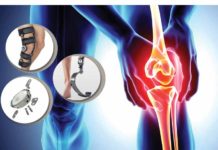 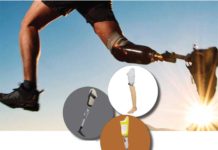 A walk through Prosthetic Device Industry 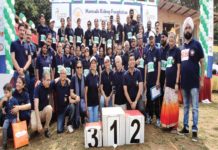 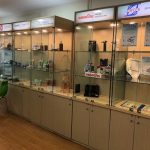 January 5, 2019 0
Taiwan External Trade Development Council (TAITRA) opened its new product centre in Mumbai, as part of a plan to strengthen its footprint in India.The... 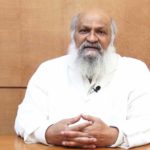 A closer look at Hyperthermia

March 11, 2020 0
Hyperthermia is used as an effective tool along with radiation or chemotherapy to treat cancer. Dr Nagraj G. Huilgol, Chief Radiation Oncologist, Nanavati Superspeciality Hospital & Centre for Hyperthermic Oncology and Medicine speaks to Neha Wagle about advances in Hyperthermia and the future of it. Excerpts:

March 9, 2020 0
The Confederation of Indian Industry (CII) and the Central TB Division, Ministry of Health and Family Welfare (MoHFW) recently signed a MoU on catalysing...

A step in the right direction

March 9, 2020 0
More than 80% of the country’s requirement of medical devices is met through imports. Though the new government under the aegis of Narendra Modi is pushing for its “Make in India” agenda to promote domestic manufacturing, the initiative is yet to yield tangible results at least in the field of medical devices manufacturing.

January 1, 2020 0
The US Food and Drug Administration announced the global launch of CURE ID, an Internet-based repository that will allow the clinical community to report...